Where in Asia can you get the cheapest iPhone X?

Definitely not in the Philippines.

As matter of fact, the Philippines’ online Apple Store has the second most expensive pricing on iPhone X among countries in Southeast Asia and East Asia. The most expensive place to get iPhone X is in South Korea though, which can cost as much as $300 to $400 more than a similar unit being sold in the US. The cheapest places to get iPhone X is in Japan and Hong Kong. Mind you, these prices are before taxes. But if you’re a tourist with a foreign passport in Japan, you can get the iPhone X tax-exempt. Just remember that iPhones sold in Japan are required to have a camera shutter sound every time you take a photo. You can’t disable the sound to take photos surreptitiously. 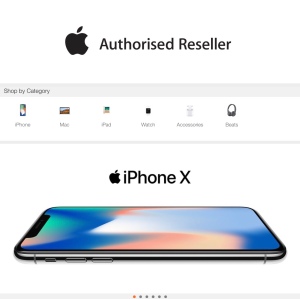 Lazada just became an authorized Apple reseller a few days ago serving countries in Asia such as Indonesia, Malaysia, the Philippines, Singapore, Thailand, and Vietnam. Though Apple already has an online presence in Malaysia, the Philippines, Singapore and Thailand, it is absent in Indonesia and Vietnam. Lazada can help Apple reach more customers especially in territories lacking an official online store. Lazada sells Macs, iPhones, iPads, Apple Watches and, other Apple products and accessories. Right now, Lazada has an ongoing sale with as much as 17% off iPhones and 10% off iPads.

Smart has finally released iPhone X under the Smart Infinity branding. How does this stack up to Globe’s Platinum plan? Here are the numbers:

Both Globe and Smart offers the choice of paying for the device outright or opting for monthly amortization. When comparing the lowest tier plans, Globe’s cashout is cheaper, and even though the monthly subscription is ₱299 more expensive, there’s only ₱2,376 difference in the total cost of ownership (TCO) between Smart and Globe. That’s ₱99 more per month for 24 months.

For the mid- and high-tier subscriptions, Globe comes out cheaper by ₱24. It has something to do with the monthly subscription pricing, you see.

What about the features? Smart seemingly comes out ahead with its 40 GB monthly data allocation across all three tiers while Globe only offers up to 30 GB. However, when under Platinum plan, you can opt to subscribe to All-Month Data Surfing for only ₱999 per month which is deductible from your monthly consumable. Both carriers offer unlimited SMS to all networks. In terms of calls, Globe really wants to keep it in the family so to speak, only allowing unlimited calls within the Globe/TM network. In the meantime, Smart is more forgiving, allocating minutes for calls within and without their network.

Which carrier offers the best bang for the buck? I think it ultimately boils down to the data and call offerings plus the added services and the performance of the networks in your locale that will make you decide, because cost-wise Globe and Smart are almost exactly the same.

How much will it cost to own an iPhone X in the Philippines?

The two cellular carriers in the country have announced their respective pre-orders for iPhone X last November 24th. Globe has their ThePLAN and ThePLATINUM plans for iPhone X, while Smart has their iPhone Plans and All-In Plans.

I’ve gathered the numbers from ThePLAN and iPhone Plan from Globe’s and Smart’s websites, respectively. Then I plotted the data in tables to make comparing the carriers’ offerings easier. The first table is for the 64GB version of iPhone X. The column headings indicate the monthly plan offered by Globe or Smart. The row headings show the handset cashouts under each carrier and then the total cost of ownership or TCO during the 24-month contract period.

The next table shows the cashout and TCO for the 256GB iPhone X.

I did not include Smart’s All-In Plan nor did I include Globe’s ThePLATINUM plan since Smart has yet to release details for iPhone X subscription under their Smart Infinity brand.

But monthly fees and device cashouts are not the only things to consider. What are the bundles and add-ons that come with each subscription?

The next table shows each carriers’ call, SMS and data bundles as well as their added services.

When comparing data allocation options, Globe offers more GB than Smart at higher tier plans (1999 and 2499). Globe also has the advantage of unlimited calls within their network starting at ThePLAN 799 up to ThePLAN 2499. ThePLAN 2499 also offers a consumable amount of ₱502 per month. Smart, on the other hand, offers metered calls ranging from 30 minutes to up to 90 minutes for calling to all networks. Smart does unlimited SMS to all networks starting from iPhone plan 599 up to iPhone Plan 2999. Under Globe’s ThePLAN 599, a subscriber is limited to 150 minutes of calls within the Globe/TM network, and 150 SMS to all networks.

For added services, Globe offers free 1 GB per month for Spotify use for 24 months under ThePLAN 599 and 799. From ThePLAN 999 to 2999 a subscriber can have Spotify Premium for three months, and Netflix and Disney for six months. Smart does not have the same video-on-demand offering that Globe has but it does have Spinnr in lieu of Spotify, and other Value-Added Service or VAS, such as unlimited access to Facebook, unlimited chat using Facebook Messenger, Line, Viber, or WhatsApp, 600 MB access to YouTube, 200 MB access to either Twitter or Instagram, or unlimited use of Waze. An iPhone Plan subscriber has one free VAS or app per month, and is only allowed to change a free VAS subscription once every billing cycle.

vIn deciding which carrier to choose to get your iPhone X from, from a cost perspective, SMART’s cashout is cheaper by ₱800 to ₱7200, depending on the plan. If most of your contacts are in the Globe/TM network, then it woild be better to get ThePLAN from Globe as it offers unlimited SMS and/or unlimited calls to the same network. If you have always wanted to try out Spotify, or Netflix or Disney video-on-demand services, ThePLAN also is the better option.

For those whose contact list is a balance between the two competitors or skews towards the Smart network then Smart’s iPhone Plan might be the better option, with the metered calls and unlimited SMS to all networks. If you also find yourself using one specific app everyday such as Facebook, WhatsApp, Viber or Waze then the free VAS monthly is another advantage for you. Though once you start considering the higher tiered plans, the VAS becomes inconsequential and Globe’s ThePLAN 1999 and 2499 look to be real good deals.

Ultimately, it’s the combination of cost, your contact list’s network leaning, and mobile data usage that will determine which carrier you will choose for your iPhone X.

The two telecommunication giants in the Philippines, Globe Telecom and Smart Communications, just announced the launch date of Apple’s 2017 flagship smartphone, iPhone X, here in the Philippines. On November 24, Globe was the first to tweet about the iPhone X availability for pre-order; Smart followed suit a few hours later. Both indicated in their tweets that the smartphone will be available on December 1, 2017.

What’s unusual about this for me is Apple, Inc. has not released any press release about the availability of iPhone X in the Philippines. Their last Apple Newsroom update regarding iPhone X was on November 7, 2017 announcing its availability in more Asian countries such as Cambodia, Malaysia, Macau, South Korea, and Thailand on November 24. The Philippine online Apple Store still list the iPhone model as “currently unavailable”. Did the carriers jump the gun or the Philippines is not newsworthy enough for a press release?

So, how much will it cost to own an iPhone X in the Philippines?

Under Globe Telecom, ThePLAN offers monthly subscription rates ranging from ₱599 to ₱2499 with a 24-months lock in period. Cash-out for iPhone X starts at ₱31,200 up to ₱56,400 for the 64GB version and from ₱39,600 to ₱64,800 for the 256GB version. Their website claims the cash-outs are payable via 0% interest installment through select credit cards.

As of posting, Smart has yet to offer iPhone X under their Smart Infinity brand.